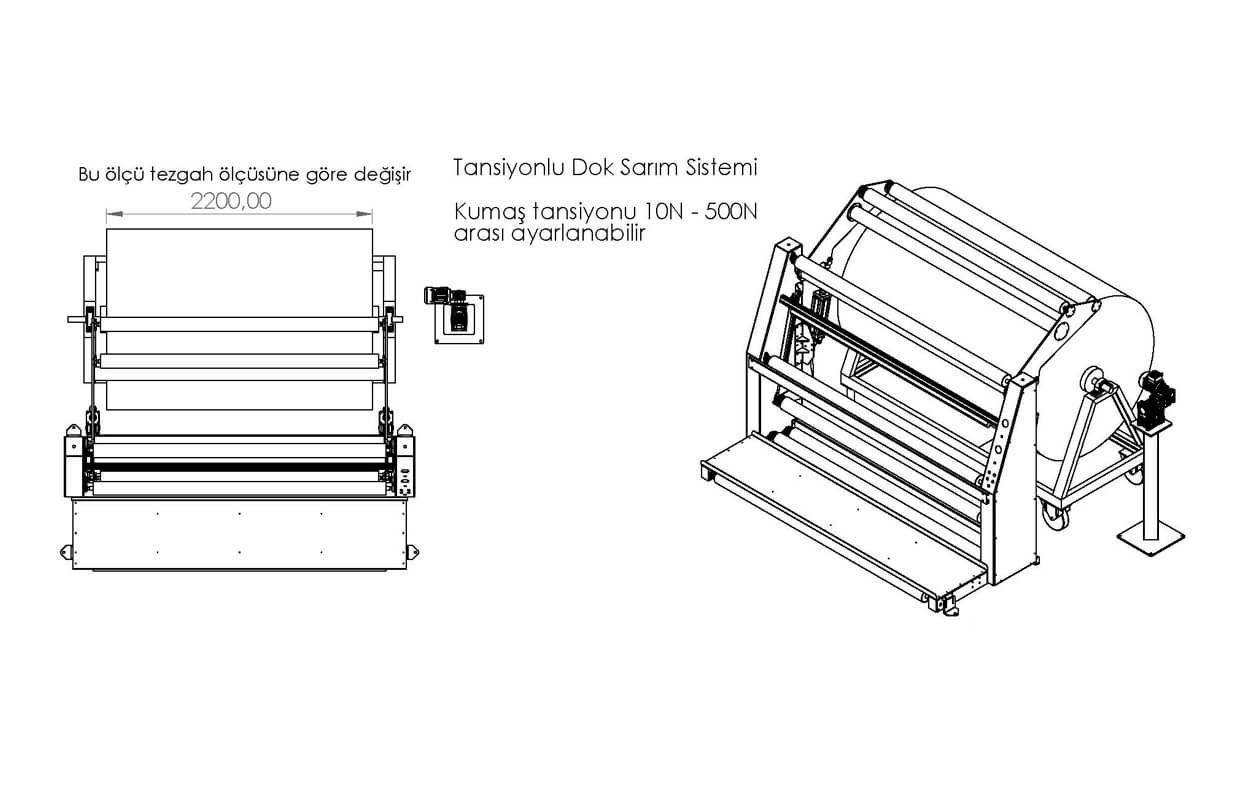 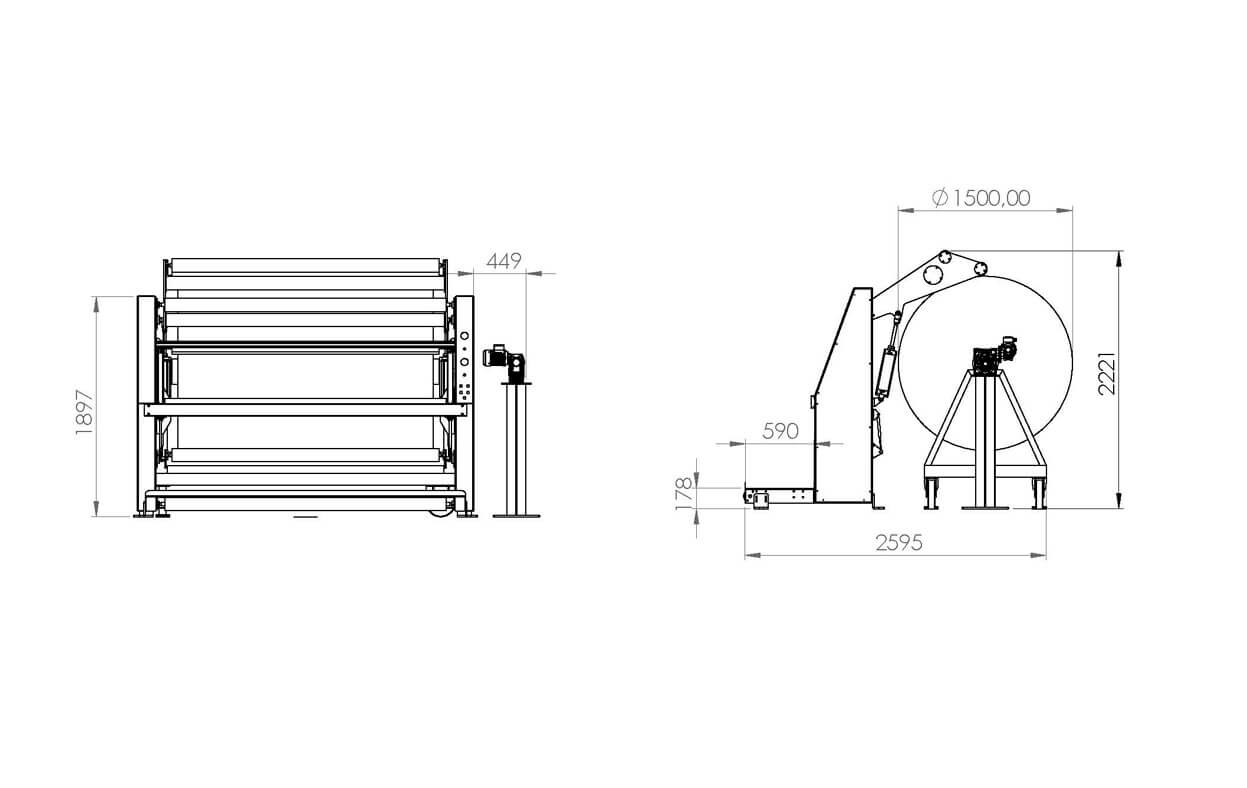 An equal tension control could not be performed, because the fabric tension was made from the core when the weaving, or knitting machine wrapped into its own tube, and the diameter of the fabric beam grew as it rolled up. On the fabric wrapped without a tension control; slant, embossing, and swelling was formed. While this did not cause problems in coarse fabrics, it caused unwanted
image defects in delicate fabrics. In addition, depending on the thickness of the fabric, an average of 300 meters of fabric could be wound.

In this way, for example, 2,000 meters of fabric could be taken from the same warp at one time, but it had to be cut into 300-meter pieces. In our tensioned fabric winding system, the fabric is wound into a batching truck placed at the exit of the machine. The tension of the fabric is directly adjusted over the flowing fabric. In addition, depending on the size of the batching truck and the thickness of the fabric, it is wound on average 2,000 meters at a time. In surface winding systems, as the fabric ball rested on the winding rollers, the ball became heavier, causing crushing of the fabric.

In addition, as the fabric beam became heavier, tension control could not be performed with the desired precision. In our tensioned fabric winding system, there is no crushing as the fabric does not touch the ground. Since the tension control is carried out directly on the fabric, in each case the fabric is wound smoothly and precisely at the set tension.